These Americans are crazy 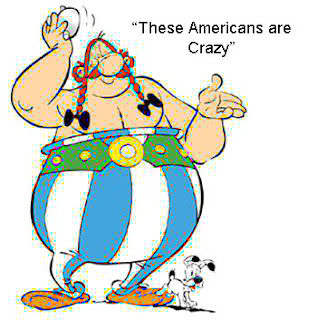 The US government—long used to ignoring public opinion in Pakistan—may have completely lost the plot. It became wildly unpopular in the Pakistani media a few days ago, when senior state department officials visited Islamabad before the government was formed, and were seen to be interfering with the political process.

And now, they’ve gone and inducted General Ashfaq Pervez Kayani into the United States Army Command and General Staff College’s International Hall of Fame. This “honors those officers of United States allies’ militaries who have attained the highest command positions in their national service component or within their nation’s armed forces”.

That’s just what General Kayani needs to strengthen his own position among his colleagues in the Pakistani army establishment. It is also exactly the thing that he needs to be painted as being beholden to the United States—a fat lot of good that will do to him: in the eyes of the newly elected dispensation, with the increasingly influential media and with the people.

And the US government thinks that such an outcome is good for them?