There will be fewer takers for US promises in Asia now

As promised, Donald Trump has pulled the United States out of the Trans-Pacific Partnership (TPP), a regional preferential trade agreement that his predecessor put together to secure American primacy in East Asia against a rising China. It does not matter that the TPP had not yet been tabled for Congressional approval. It does not matter that the TPP might not have yielded the outcomes its proponents claimed it would.

What matters is that in one stroke of a pen, President Trump has confirmed the lingering fears among East Asian countries that the United States is unreliable as a partner in their attempts to manage an aggressively rising China. Barack Obama’s ‘pivot’ to Asia–of which TPP was an important plank–was itself a response to similar fears during his first term. That pivot was at best a promise that the United States will remain engaged in the region, realists in East Asia tended to suspect that it was reassurance without adequate credibility.

The thinking within the Trump establishment appears to be that the United States can take on China on world trade and militarily in the waters of East Asia. Rex Tillerson, who will head the State Department, took a hawkish line on the latter, suggesting that the United States might deny China access to the islands it claims. Mr Trump and his colleagues seem to believe they can confront China in trade and in East Asian waters while eschewing economic engagement with the countries of the region. They will soon find out how mistaken they are.

Economics is the bloodstream of East Asian geopolitics. China is a major actor in the region not because it has gunboats and missiles, but because it has deep and growing economic relationships with almost all countries of the region. The economies of East Asia, South East Asia and Australia depend on China for their prosperity to various extents. Whatever disputes they might have with Beijing, if they do not see an alternative to China-driven growth, they are unlikely to support President Trump’s moves against China. The United States is likely to find itself isolated if it contemplates escalating conflict levels in the region.

It is likely that the powers in the region will seek protection by increasing their military capacity, and the bigger ones might even contemplate nuclearisation. Most will try to make their peace with China—to the extent possible, as long as it is possible. They will look towards India as a potential actor that can help balance China: to what extent this will work depends on how much and how fast New Delhi liberalises the Indian economy. Unfortunately, there is no indication that the Modi government is prepared to accelerate domestic liberalisation at a pace that can reassure its Asian neighbours.

India is in the geography, and over the long term will remain a potential hedge against China. The United States, though, has just about defeated itself. 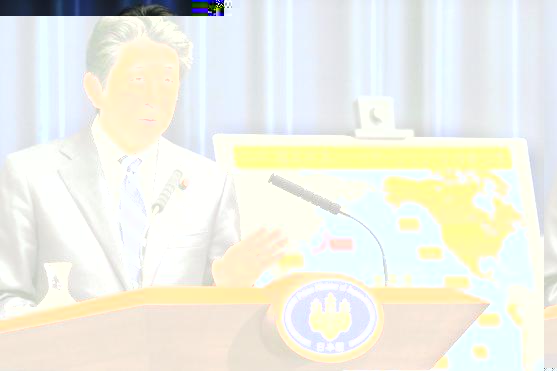 “If at the end of it all you let [Abe] down, which next Japanese prime minister is going to count on you — not just on trade but on security?…If you are not prepared to deal when it comes to cars and services and agriculture, can we depend on you when it comes to security and military arrangements?”

If you would like to share or comment on this, please discuss it on my GitHub Previous
How social change happens? Next
Three thoughts for the Republic